Save Money with The Grout Man

One of the messages The Grout Man tries to relay to our customers is that be using our services, we can help you save hundreds or even thousands of dollars on having to retile your bathroom, kitchen, floor or any other tiled surface.

Here are a few jobs that The Grout Man has been awarded recently and examples of how we saved
people a lot of money by restoring there grout and tile instead of replacing it.

One of these jobs was a grout cleaning and color seal of a kitchen floor in Monmouth County. First, I performed our complete grout cleaning.  Using a vapor machine, the grout joints were cleaned extensively. There was a ton of dirt in the grout joints and they were exposed to this and didn’t even know it.   Additionally, seeing as this customer has young children, and children will touch anything, special care should be taken to ensure the cleanliness of all tile surfaces.  Once I thoroughly cleaned all of their grout, I was able to apply out top tier color sealer and changed their grout to the color of their choosingt. By the time I was finished, their kitchen floor looked brand new, as new as the day that it was installed. If they would have replaced the tile instead of restoring it, they would have spent easily 5 times more money to achieve the same end result.

Another job that we were awarded recently was a tile and grout repair to a bathroom in Middlesex County. This particular bathroom had six cracked tiles and a few others that were loose.  To being, all of the grout is removed from the joints which allows me to remove the tiles and old mortar. The broken tiles are replaced with brand new ones that match, the area regrouted and cleaned along with the rest of the tiled surface. By the time I was done, you wouldn’t believe that they had problems with loose tiles or cracked grout.  This customer had tried to work with a tile installer, but he  tried to get them to replace the whole floor at a cost of  thousands of dollars. Instead they called The Grout Man and spent hundreds of dollars.

Lastly, I performed a complete re-grout recently in Ocean County. Before I started the job, they had black mold on the caulking and grout joints. If they replaced the shower instead of restoring it,  they would have spent the quoted $3000 to a traditional tile repair contractor.  Instead they had The Grout Man regrout it and only spend hundreds of dollars. We took the grout out down to the bisque of the tile, removed all of the old caulking, treated for mold and installed new grout and caulking. When we were done they had a beautiful new looking shower again with no trace of mold. After the job was complete and we were about to leave the costumers house, we instructed them about what they could do to keep their tile looking brand new for years to come.

These are just some examples of our recent work.  You can see more here. 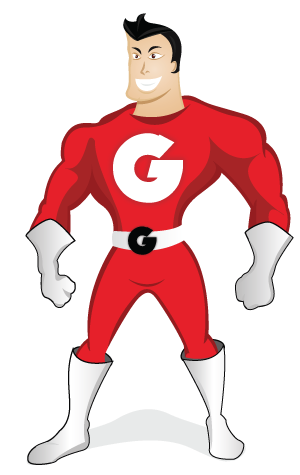